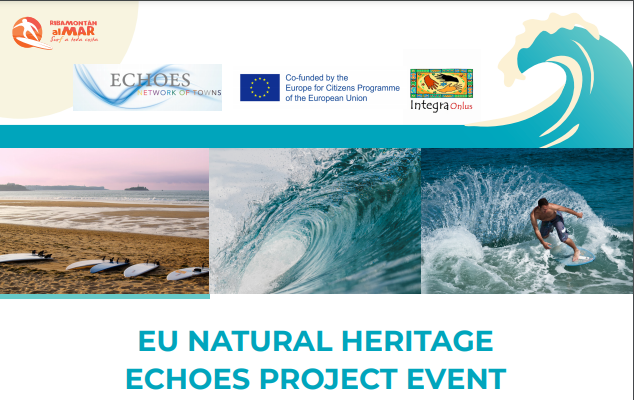 “ECHOES-European Cultural Heritage: Opportunities for citizens’ Engagement and Social Inclusion” is a Network of 18 partners from 13 EU Countries + AL,RS and FYROM, which stems from the belief that the creation of a Community Cultural System (CCS) can assure a fruitful and stable cooperation between Local Authorities and CSOs from the Cultural and Social Sectors, working together for social inclusion of migrants, Roma, mentally or phisically disabled people, Neets and vulnerable groups in general, through the valorization of the Cultural Heritage.

About 300 direct participants from 5 LAs, 1 National Association of LAs, 1 Chamber of Commerce, 1 non formal Training Provider, 1 Local Action Group and 9 NGOs from the social and cultural sectors will take part to the 6 International Meetings planned.

An initial research on the impact the “2018 European Year of Cultural Heritage” had on each partner community will be carried out by every organization, whose role will be also to organize 2 Community Activities, for involving the hard-to-reach groups and citizens, non usually involved in Insititutions/NGOs, in the debate about the future of Europe and its Social and Cultural Policies (by using the Street Debate and other non-formal methodologies).

“My Culture, My Europe, My Future” will be the campaign the partnership will implement for giving its disadvantaged citizens the opportunity to have their say at local and EU level about their vision of the Future of Europe from two points of view: Social Inclusion and Cultural Heritage. The results of the 2 initiatives of this campaign (“European Cultural Heritage-tell your story!” and the “Europe, Heritage ,Start up!” contest), will be collected and will flow into the Final Recommendation to be addressed to the relevant EU and local decision makers.

The Dissemination plan together with the working methods will assure ECHOES a wide impact and will affect more than 50.000 indirect participants.

Cefalù, one of the most beautiful villages in Italy, is one of the busiest holiday destinations and resorts on the island. It is located on the northern coast of Sicily, about 70 km from Palermo.

Kephaloidion and Coephaledium for Greeks and Romans, meaning head or also top, extremity. Gafludi for the Arabs, fortified city and abundant waters.

The city is dominated by a monumental rock that rises up to 270 metres in height already known to the Phoenicians as “promontory of Hercules” on which the Temple of Diana stands, a megalithic building linked to the worship of the water, as indicated by the nearby cistern dating from the ninth century BC. The historic district is lying in the shadow of this bastion and clings around its beating heart which is undoubtedly the Duomo, a gigantic cathedral built by Roger II, the Norman.

KICK OFF MEETING – Program of Activities

9:30 – Departure from Hotel to the Town Hall

14:30 – Kick Off Meeting PART 2 – 2018 EYCH and its initiatives – sustainability, engagement, protection and innovation: which IMPACT on local communities? (future Researches to be done by the partners)

The guests will be accommodated in “Casa Soggiorno Poggio Maria”, in single rooms with breakfast.

It is not a classic hotel, but a sort of Residence managed by an NGO working with disadvantaged youth. The “House” is located on the “Poggio Maria” hill, 400 mt above m.s.l. and it overlooks the town and wonderful bay of Cefalù.

With our presence there, we will support them in their daily work for the inclusion of disadvantaged youth.

There is no internet site for the accommodation, as it is not included in classic hotel circuits.

All the guests will be picked up from Palermo Airport in groups, according to the travel schedules. We will inform you about the picking times, as soon as we will receive all the participants lists.

At the airport, arrivals area, there will be the driver waiting for you with a paper and the name of the project.

Coordinator, on the behalf of INTEGRA ONLUS and Municipality of Cefalù (IT)